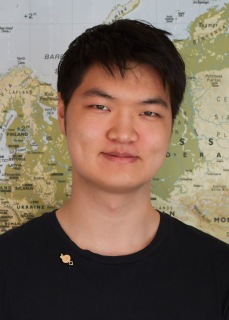 YAC alumni wins a thing: Cassidy Nicks still salty that he left since 2015—NOT CLICKBAIT

During his time in YAC, Caleb wrote the first part of one of his portfolio pieces “Red Envelopes.” Due to other academic commitments and family travel, Caleb left YAC after his first year.

Cassidy Nicks, a graduating YAC who has participated all four years of high school, and a friend of Caleb’s said, “The Corrupted Chaotic Consortium (Triple C) was deeply fragmented when Caleb decided to quit YAC like a hater. It was a troubling time. Luckily, YAC is amazing and I found other friends, even in the pain of my abandonment (one is silver, the other gold, and all that).”

“Each piece is a loser, a vagrant, an orphan. Some were abandoned drafts, forgotten and static for years; others nearly crowned with gold but fell, embittered with silver; several were misidentified as stillborn, ideas left to idle without form. They were selected for self-reflection, pulled from various chapters of life. It was a recall of perspectives and styles, to see how I’ve changed in what seems like a blink of an eye. This portfolio is a culmination of time and a testament to growth.”

Caleb’s full portfolio will be available to read on April 15, 2019 on the Scholastic Art & Writing Awards website. https://www.artandwriting.org/explore/online-galleries/

About Scholastic Art & Writing Awards
The Scholastic Art & Writing Awardsis the nation’s longest-running and most prestigious scholarship and recognition program for creative teens in grades 7–12. According to the organization, this honor opens doors for students by providing access to scholarship programs and workshops and the ability to have work published and displayed in regional and National Exhibitions. The top students are invited to attend the week-long national celebration in New York City, which includes a ceremony at Carnegie Hall on June 6, 2019.

Since the program’s founding in 1923, the Awards have fostered the creativity and talent of millions of students, such as renowned alumni who have gone on to become leaders in their fields, including Andy Warhol, Truman Capote, Richard Avedon, Charles White, Philip Pearlstein, Sylvia Plath, Kay WalkingStick, Luis Jiménez, Ken Burns, Stephen King, and Richard Linklater.

Judging Criteria
All art and writing submissions are blindly judged based on the same three criteria that have been in place since the program’s founding: originality, technical skill, and emergence of personal vision or voice. Student works are first adjudicated regionally through more than 100 local Affiliates of the Alliance. Students receiving Gold Keys, Silver Keys, Honorable Mentions, or American Visions & Voices Nominations are celebrated within their communities through exhibitions and ceremonies. Gold Key works are then judged nationally by an impressive panel of creative-industry experts to receive Gold, Silver, American Visions & Voices, and Gold or Silver with Distinction Portfolio medals.

I’ve been given many definitions of what hope is supposed to be. A penny thrown into a well. The ticking of a spin of a wheel. A tooth placed under a pillow. According to the Merriam-Webster Dictionary, it is defined as: “to cherish a desire with anticipation… to desire with expectation of obtainment.” That definition is too straightforward, too shallow. The Bible mentions it as, “For in hope we were saved. Now hope that is seen is not hope. For who hopes for what is seen?” At the time of first reading it, it was too cryptic for me to decipher. But the answer washed up one day.

Being an Asian-American, there are certain perks that most of my peers don’t have access to. My particular perk is Chinese New Year’s, a holiday filled with crimson firecrackers and dandelion dances that rival the Fourth of July. It’s unique, an untouched ancestral tradition. It outmaneuvers American commercialism, eluding the cheap END_OF_DOCUMENT_TOKEN_TO_BE_REPLACED

Caleb Pan’s weapon of choice is a frying pan that’s on fire.

What’s your favorite genre to write? I’m a critical essayist, part time poet, memoirist, and mediocre storyteller. I’m also good at writing pre-calculus story problems, but I prefer not to.

What’s your idea of perfect happiness? Not achievable in humanity’s corrupted state of nature. Yes, I am cynical. 🙂

What trait do you most value in yourself? Adaptability. Faith. Deception.

What trait do you most value in other writers? Honesty of themselves in their writing. I find that the best pieces are the ones I can visibly see how the writer puts their heart into it.

What do you do when you’re not putting words on the page? Why do you want to know stalker?

Which author(s) do you most admire? C.S. Lewis of course.

Which words or phrases do you most overuse? “However”, “Perhaps”, or “Then”

When did you first identify yourself as a writer? When I started writing even more stories than the “artsy” girls in my 4th grade class.

Why are you actively involved in Lighthouse Writers Workshop? Because no other place or organization can match its potency of inspiration it gives to writers.

What is your motto? No pressure, no diamonds.